Anyone with an interest in social media will know that Pinterest has enjoyed a huge amount of attention in the past few months, as its users continue to rise. Despite reports that interest in the social pinning site is waning, Pinterest has recently attracted investment from Japanese eTailer Rakuten, upping the site’s worth to $1.5bn and somewhat dispelling the idea that Pinterest is already on the way out.

However, a similar pinning site has recently emerged that could challenge the popularity of Pinterest and have users flocking to use the more integrated social aspects it offers. BO.LT not only allows you to pin pretty pictures and useful infographs, it also gives users options that Pinterest doesn’t, including the ability to have a completely private board where you can store your images and web pages in an area for your eyes only. 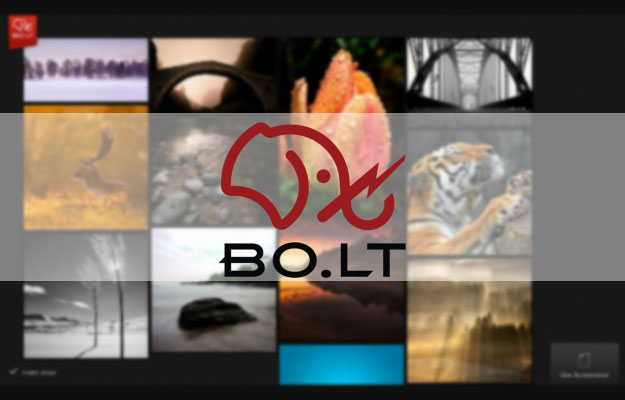 However, BO.LT is not simply an image-sharing site, but one that allows you to ‘bolt’ entire web pages that are stored directly on the BO.LT servers. These can then be edited and republished via a HTML5 utility built into the site, making it a lot more adaptable than Pinterest.

Of course, no real Pinterest competitor could be taken seriously without the ability to add images from a mobile device but BO.LT has this too. Any app such as Instagram can be used to quickly upload a bolt a new picture to your board, be it your private board or public and once again, these are all stored on the site’s servers so that they never get lost.

It’s this function that’s perhaps the most interesting; BO.LT describes itself as a “Page Cloud, providing a complete infrastructure for creating, storing, optimizing and delivering web pages”. It keeps “clusters” of servers which are geographically positioned in order to move content close to those who want to have a look at it.

This cloud platform is designed specifically for providing “high-speed delivery of targeted, frequently updated HTML pages” and even if something you have pinned expires, the site will keep a copy of the original so that you never lose your stuff. This is due to the cloning technology that the site uses in order to ensure that there is always a copy of the original page that you saved.

Finally, BO.LT gives you the ability to ‘unfollow’, which Pinterest does not. So if you’ve followed someone you thought interesting and then swiftly become disillusioned with the volume and quality of their bolts, then you can just unfollow with a simple click.

Do we think the new web-pinning site will capture the interest of social media users everywhere? Possibly, but perhaps not so much your average user as those who are in the business of development due to its HTML5 editor which allows users to adapt and republish pages at will. However, it’s possible that it will capture the public imagination in a similar way to Pinterest and it certainly has plenty of both social and business uses that make it a winner.

Students, especially those in the creative arts, could find the site especially useful too as it allows them to collate research information in one place, store them online and access and share it anytime, or keep it private until they are ready.

Watch this space, we say.

We are a digital marketing agency based in the UK with teams in Leeds and London. Get in touch today to learn more about our social media marketing services.