Tablet users are beginning to eclipse both smartphone and desktop users when it comes to value for online advertisers and businesses, according to a new report. 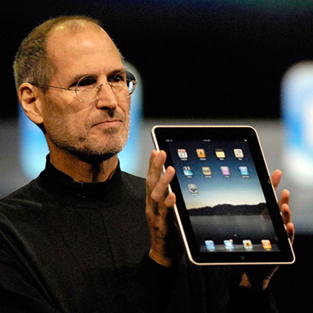 “We were very impressed by how much more engaged tablet users are when compared to PC and smartphone users,” said Roger Barnette, president of IgnitionOne, New York told Mobile Marketer. “They not only spend more time on site and have more page views, but they also have a higher engagement score

“This score is a proprietary user-level scoring technology we use to better understand a user’s value and propensity to buy,” he said. “This heightened value for tablet users will likely drive increased investment in advertising to these devices.”

When it comes to search advertising, mobile is continuing to grow according to IgnitionOne, but at a much slower rate than the previous year. Advertisers are now spending 16.3% of their search budgets on mobile, up from 14%, but the rate of growth year-on-year has slowed from over 300% to 167%. Tablets now account for 52% of the total mobile search advertising budget for the quarter, which is a decrease compared to last quarter (60%).

Probably the most interesting metric to emerge from IgnitionOn’s report concerns mobile advertising tracking. I’ve talked on this blog previously about the importance of tracking for the mobile ad industry. The inability to track impressions and measure the effectiveness of mobile campaigns is the biggest thing holding back advertiser spend on mobile. This lack of ad money is one of the problems facing platforms like Facebook, which are seeing their user base emigrate to mobile apps (no surprise that Facebook’s stock price keeps plummeting).

One of the reasons mobile ad tracking is so difficult is because there’s a big backlash from consumers over privacy issues and companies like Apple (which don’t have much stake in advertising themselves) are very sensitive to anything that may damage their reputation. However. According to IgnitionOne, tablet users are much less concerned about privacy issues than smartphone users. Sixty percent of smartphone users enable ‘do not track’ options on apps and browsers, whereas only 7% of tablet users do so.

So good news for the tablet market. But these numbers are undoubtedly skewed because of the low penetration of tablets in comparison to smartphones. At the moment the price point of tablets mean they have not been adopted by the masses – just tech enthusiasts and those with a lot of disposable income. When they do, which is likely to be in the next couple of years, perhaps the value of the user base won’t be so pronounced.