Whilst we all know about social media marketing and how effective it can be, it seems that many marketers are getting it wrong. Twitter for business, holds great potential but in order for it to be effective, it has to be used properly.

With this in mind, we’ve put together a few Twitter tips so that you can really maximise returns, in terms of driving traffic to your site. 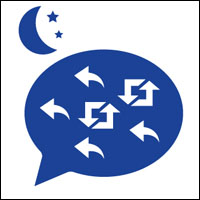 Firstly, if you want to present a strong brand, then it’s essential that you use the new header option and design your profile so that it looks professional, edgy and matches your overall brand presentation across the board. By this, I mean it’s essential to ensure continuity across all the social platforms that you use as well as your website.

Once you have the profile set up and looking good, and in keeping with your profession, then it’s time to look at tweets. According to a recent report from Buddy Media, many brands are using Twitter all wrong; not posting at the right times, on the right days, not utilising retweets and more.

Whilst Facebook has its best times to post, (as we reported earlier this week) so does Twitter. However, the same rules don’t apply so many businesses, even if they know the best time to post on Facebook, are complacent and just assume the same rules apply.

The Twitter report looked at 320 of the biggest brands using the social platform between December and February. It found that whilst weekends are the best time to post on Twitter, only 19% of these brands are doing so. Engagement rates for brands on weekends are peak, with users 17% more likely to engage than during the week.

Of course, to some extent this depends on the kind of business you’re in; fashion brands perform the best on Saturdays and Sundays, with 30% more engagement than weekdays, whilst publishers enjoy a 29% increase. However, only 7% of the latter actually tweet at weekends, when people are taking time out to catch up on their reading.

Tweets that don’t contain links tend to be ignored whereas tweets containing links got 86% more retweets, that’s some difference. Tweets with images, even though they can’t be seen on the feed, also return a higher level of engagement. This could be due to the current preoccupation with infographics, or it could be an extension of the Pinterest phenomena.

Whatever the reason, visuals are swiftly becoming very powerful marketing tools and retailers in particular should use channels such as YouTube and Pinterest as part of their social media strategy. This is proven to further boost engagement and really enhance Twitter for business.

On weekdays, busy periods are the premium time to tweet, with 30% better engagement rates between the hours of 8am and 7pm than those tweeted in the evenings.

This means that Facebook and Twitter should be used at different times of the day in order to really maximise engagement and drive traffic using social channels. The chart below (courtesy of Buddy Media) shows when brands should be tweeting, compared with when they actually are.

As you can see, the majority of brands are tweeting at the completely wrong times in order to maximise engagement. Wednesdays and Thursdays are the least effective days to tweet, presumably because people are by this time thoroughly immersed in their working week, but as the chart shows, engagement steadily decreases during mid-week, whilst dramatically increasing at weekends. Unlike day to day trading, tweeting on weekends is an effective way to get the most out of Twitter for business.

So we’ve covered when to tweet, but what is the best kind of content to tweet? Well, we’ve discussed images and links but it’s also a good idea to keep posts short, less than 100 characters. Of those linked tweets that don’t work, the report found that this was generally because a space wasn’t included between the text and the link and link shorteners weren’t used.

This is likely to be because, without a space, people find a tweet harder to scan so they are more likely to pass it over as being difficult to read and thus not worth their effort.

Hashtags are also woefully underused, with only 24% of brands using them, especially as tweets that do use them are twice as likely to get a retweet. However, it’s also a bad thing to overuse hashtags; they should be used a maximum of twice in each post as more than that sees a drop off of around 17%. Similarly, asking for “RT” gets a 12 times higher retweet rate but if you actually spell out “retweet” that increases to 23 times more retweets. The number of tweets per day is also important, with four tweets being the perfect number to get the most out of Twitter for business.

“It’s great that brands are active on Twitter but it’s crucial they know best practices for publishing engaging content. Reach and engagement can vary drastically with minor tweaks,” said Tami Dalley of Buddy Media, going on to say that there’s plenty of room for improvement for the 77% of brands that cite Twitter as a priority.

The message here is simple; don’t assume that all social media management is equal, don’t be lazy and simply link Twitter to your Facebook or LinkedIn posts, manage your social media marketing properly and you will really maximise on what the platform has to offer and excel in Twitter for business.