According to a recent forecast by Apptopia, iOS apps and Android applications will rack up approximately 2 billion app downloads between them in the week leading up to Christmas this year, with downloads peaking at 410 million on Christmas day itself. If you fancy a slice of that Christmas cake, here are five ways you can help make your app part of the Christmas rush – and ensure it doesn’t just get used once or twice.

Make your app available for free

It might seem like poor business sense at first to give away any kind of product or service for free, but there is a reason so many companies are doing it. When an app costs nothing, consumers are much more likely to download it on a whim, on the off chance that it may provide entertainment or business value. You could also consider developing a free “taster” app, in order to entice customers into paying for the full version. One prime example of this strategy is the game Angry Birds, whose addictive free edition translates into healthy paid app sales. 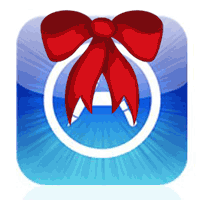 Make the most of the App Store ‘freeze’

Staff at the iTunes App Store get the week off for Christmas, which means between 21st and 28th December, there will be no updates or new rankings for iOS apps during that time. In the absence of real-time information influencing download purchases, the market is wide open. So feel free to market your app like crazy during this time! It is vital, however, to ensure all the builds you submit before the App Store ‘freeze’ are quadruple checked and bug free.

The first time user experience, or FTUE, is crucial to an app’s success. The bounce rate for apps is unbelievably high – around 50% of the time, people delete new apps after using them just once. So it’s incredibly important to make the app user friendly and visually appealing. Lots of developers capitalise on the Christmas season by furnishing their apps with festive design quirks like elves, candy canes and snowflakes – but that’s far from compulsory. It’s common sense that regular updates guarantee your app is operating at its best – but it’s also worth noting that each time a user receives an update notification, it acts as a reminder that your app is on their device, and the prospect of new features or functions is often enough to draw them back for another look. A great way to keep users abreast of app developments is to incorporate email registration into the app for straight after download – that way, you can send out newsletters and inform your customers when you have a new app coming out. A great many apps rely on novelty appeal to get downloads, but on-going usefulness is a much more sustainable strategy.

Remember; a good app is for life, not just for Christmas.

Looking for an agency for Christmas app development? Look no further.