Facebook’s Graph Search option has been far from a failure, but it hasn’t been a significant success either. One of the biggest issues is the fact that the feature is based on the social graphs of your friends.

This has its limitations as you only get results returned based on the people you know or the businesses you are associated with in one way or another. Enter the new hashtag feature. 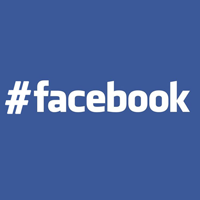 Potentially, the addition of the hashtag could extend a business’ hold on customers to a significant degree and allow them the chance to be found by a whole range of new potential customers. It’s not all plain sailing and there are a number of risks involved too and care has to be taken.

I’ve seen it on a number of occasions – people scattering hashtags around posts like they’ve a sort of hashtag Tommy gun. Hashtags are extremely beneficial when used well and little more but noise when used badly.

Potentially hashtags could be a lot more problematic on Facebook too as there’s no limit on post length. Essentially placing half a dozen hashtags in Facebook posts is the social media equivalent of spam – avoid it. It destroys the readability of sentences, looks sensationalised and is pointless if not focused.

Hashtags should not be generic keywords but more specific ones. Using generic hashtags on Facebook is the same as doing so on Twitter. It just increases levels of noise and chances of you being seen are minimal. Try and be specific, focused and unique as it increases the chance of you being seen in conversations.

Using a hashtag that’s easy for user’s to remember and easy to spell, pronounce and use is best. If you want something unique – ensure that it’s easy to remember, provides information on what the topic is and make it visible on other sites too. Promoting your unique hashtag on Twitter, your site and other forms of media you use, engrains it in people’s minds so they’ll most likely recall and use it.

In addition, expect hashtag spammers to at some stage or another receive penalties from Facebook and other social media sites in the same way Google does. To ensure you’re not aligned with these spammers, use your own unique keywords and hashtags.

Searching for a hashtag before you decide to use it as your tag is a smart move as though a hashtag may be unique to your business, it mightn’t be unique to all businesses. Nobody wants to end up with a hashtag that evokes something negative in a different industry or arena. One example of this is Entenmann’s Cookies, who used the hashtag #notguilty on Twitter only for it to feature alongside a horrific murder case.