The Year in Social – Web Video

Online videos enjoyed record viewer numbers in 2011.  For corporate video and advert pieces, this was the year where we really saw web video advertising stepping up to the place of more traditional advertising media. Online video now seems to be beginning to carry the gravitas of traditional TV advertising, for example. 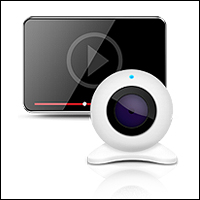 Whatever direction it goes in in 2012, corporate web video really packed a punch in 2011, with over 1 trillion videos watched on YouTube alone in the whole year. Statisticians comScore calculated that the average US resident watched 16 minutes worth of web video advertising in each 30 day period.

So which are the web videos that really caught all that attention in 2011? YouTube’s top 3 most viewed of the year were:

The success of Rebecca Black’s Friday is a lovely example of any publicity being good publicity, especially where the internet’s involved. Back in March, Michael Nelson, a comedian with a significant Twitter following, called the recording the “worst video ever made.” Of course, this prompted a massive surge in viewership; though most viewers agreed with Nelson and the video got an 80% “thumbs down” rating. As a result, the video’s become notorious and has spawned a culture of memes, parodies and remixes – propelling the relatively unknown 13-year-old Rebecca Black to fame and stardom.

In the realm of corporate web video, another notable piece that did really well in 2011 is

Producers Deutstch LA combined the classic viral appeal of both Star Wars humour and a cute kid, creating a piece that went viral on the internet prior to its official release in traditional media .(In this case, the ad was “officially” released at the US Superbowl event, a highly-viewed feature in the US and a big annual date in advertising across the pond.)  Ultimately, The Force was YouTube’s 9th most watched video of the year.

I’ll round up with a couple pieces, which, while not being corporate advertising videos, are fun and intense in impact, and demonstrate the huge reach potential of a recording that captures the zeitgeist of worldwide imagination. Any discussion of memes and virality would not be complete without cats being present in some form, so my last two faves of 2011 are:

Released in April, Nyan Cat simply features a rainbow-powered pop-tart/cat zooming through a starry sky to a catchy tune of Nyan Nyan Nyan. Japanese in origin, the simple, surreal, and very effective combination came in at number 5 in 2011’s most watched on YouTube.

Can’t Hug Every Cat was a very convincing spoof eHarmony video, where the protagonist gets very emotional about her love for cats, at one point professing that she wants then “in a basket, with bow ties…on a rainbow”.  Possessed of the winning combination of cats, rainbows, and public embarrassment, this video couldn’t help but go viral. With this in mind, who knows what the web will bring in terms of viral video in 2012? Whatever the weirdness, I’m looking forward to finding out.

This is just part one of our Year in Social round-up. Stayed tuned for social media, mobile apps and our top ten posts of the year over the next few days.

My Social Agency are a digital marketing agency specialising in social media marketing, app development for mobile and Facebook and of course….. web video.