It seemed perfect – a cause that no one could argue with, garnering the support of millions of people around the world. However, it wasn’t long before the Kony 2012 campaign was marred by controversy, and fell victim to public cynicism. But do the people behind Kony 2012 care about the negativity? Surely their cause has been helped massively overall by the huge and unprecedented swell in publicity? One thing’s for sure, this was viral video production like no other, with over 85 million views on YouTube, and over 16.6 million views on Vimeo as of March 24th. Let’s take a look at how Kony 2012 went viral, and how the campaign has impacted on the organisation’s success. 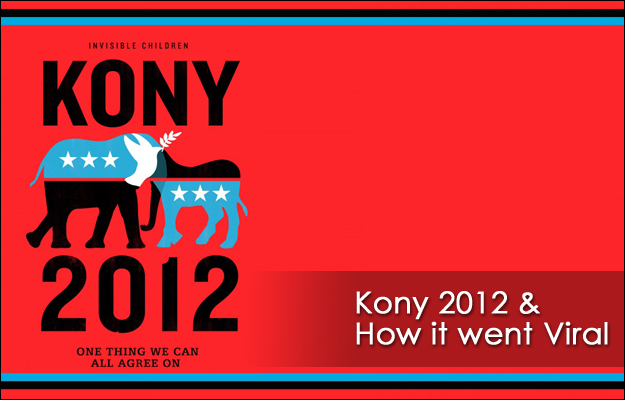 What is the Kony 2012 viral video campaign?

If you’ve not seen it, best have a look at the video below or you won’t know what I’m talking about.

The humanitarian organization Invisible Children set up the  web video campaign, and released it on 5th March 2012, to bring global public and political awareness to the horrific plight of Ugandan children forced to fight as part of a rebel army.  Invisible Children’s aim was to encourage global military support to bring Joseph Kony, the army’s leader, to justice.

Successful web video production – how did it go viral?

Invisible Children already had a strong base of social media followers on YouTube, Facebook and Twitter – they weren’t working in a vacuum. They’d got a huge number of people literally poised to launch the campaign on social media.

They got big influencers to spread the message. Amongst many others, Oprah Winfrey, Justin Bieber, Ryan Seacrest and Kim Kardashian, all celebrities with massive social media followings, were enlisted to share the video.

They designed the campaign with web users and social media in mind. The video’s producers took a seemingly complex issue and boiled it down to a singular message that web users could understand and share within a few minutes or even seconds. The catchphrase “Find Kony” was a short, snappy call to action that appealed to the emotions and showed exactly how change would be possible.

They asked us to share their message on social media. The video, again, appeals to our emotions and talks about the new power of the internet to change the world for the better. Throughout the recording, we’re asked to share the message.

Invisible Children released the video on 5th March 2012. On March 21st, US senators put forward a resolution stating they would back “the effort of Uganda, the Democratic Republic of Congo, the Central African Republic and the newest country, South Sudan, to stop Kony and his Lord’s Resistance Army”. On March 23rd, the African Union said it would “send 5,000 soldiers to join the hunt for rebel leader Joseph Kony” and to “neutralize” him. Keep up with the latest developments at Invisible Children’s blog.

What are your thoughts? How many times can you remember seeing the video on your Facebook or Twitter stream? Tell us in the comments below.