What is a Klout Score?

At My Social Agency we like answering your questions. So today we’re answering: what is a Klout score and why does it matter? We’ve delved into the history of the platform and it’s current applications so you can see if Klout is something you should be engaging with. Without further ado, let’s get into it!

Klout is… well, that’s complicated. To keep it simple, Klout launched in 2008 and was a grading system which ranked your social media profiles and presence against everyone else’s, analysing the data and creating a comparison score, representing how influential you and your content are in comparison to the rest of the digital world. The average score was 40 and one of the only people with a near perfect Klout score was Justin Bieber, who received 30 messages every second on his 18th birthday. Interestingly, since then his score has dropped to 92/100, putting him behind Barack Obama. But it wasn’t just having a legion of followers that made Bieber rank well, it was that they engaged with his work. 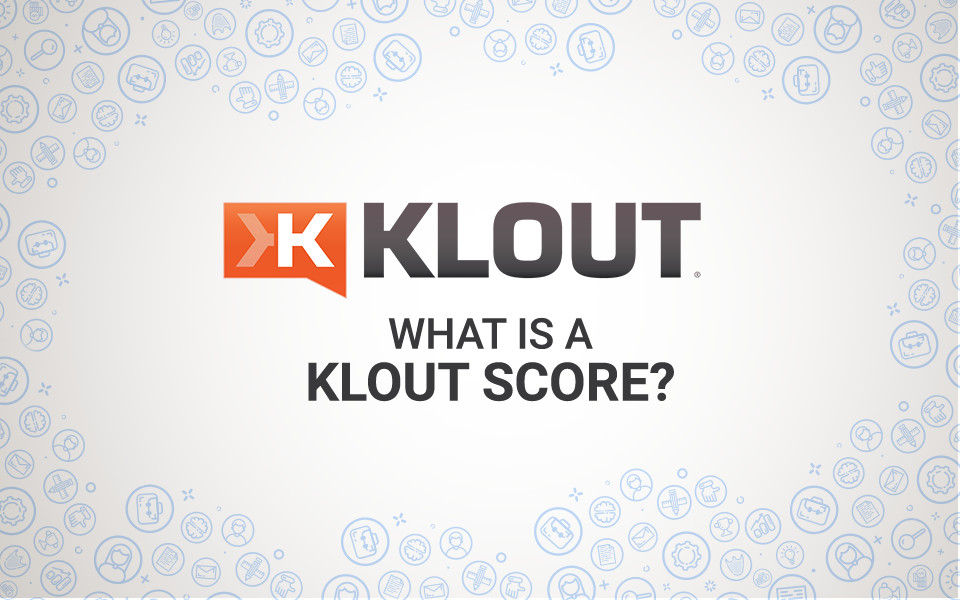 But what does any of this have to do with the real world? For some it had no effects, for social influencers it had a potentially positive effect, with retailers and service providers wanting to give perks to anyone who might provide them with free good publicity. However, there are others who found Klout to be working against them. There are stories out there of interviews being cut short because of a bad Klout score, and in an ever competitive social world, it’s potentially understandable, but also kind of terrifying. In this line of thinking, our ability to market ourselves is a reflection of how well we’re able to market other people – or at least that’s what some employers, thought. But was that really fair? Not everyone thought so, there are many articles on why people think you should delete your Klout account as soon as possible, you can read just one of those, here. Their other argument is that since your Klout score is public, displaying a lower score is simply inviting problems for yourself – if you don’t play the game, you can’t lose.

The drama that surrounded Klout continued in 2012 when their algorithm for rankings were leaked, and more negative press fell upon the creators. Between the scandal and overall negative sentiments floating around, Klout’s popularity declined, and soon, Klout became less relevant and less spoken of. The newest members of the marketing industry may not even be aware of Klout and its history, the answers given to Quora’s most recent Klout related questions all note it as being ‘interesting’ but ‘irrelevant’, something ‘only kept for fun’.

Why should I care about Klout today?

With all this said, there is still a practical application for Klout scores, and freelancers are likely to find the biggest benefits from Klout. By bringing together all of your social media channels you’re able to easily compare the effectiveness and reach of your content in comparison to others, and as you create more content or gather more engagements you’re able to watch how this steadily affects your overall score. You can also see how any time away from your social networks negatively affects your score, because any significant time away (i.e. more than a week) will affect your ranking.

If you want to find out what your Klout score is you can do that here, and if you want to boost your score, our blog on “How to Increase Your Klout Score” will be out soon!