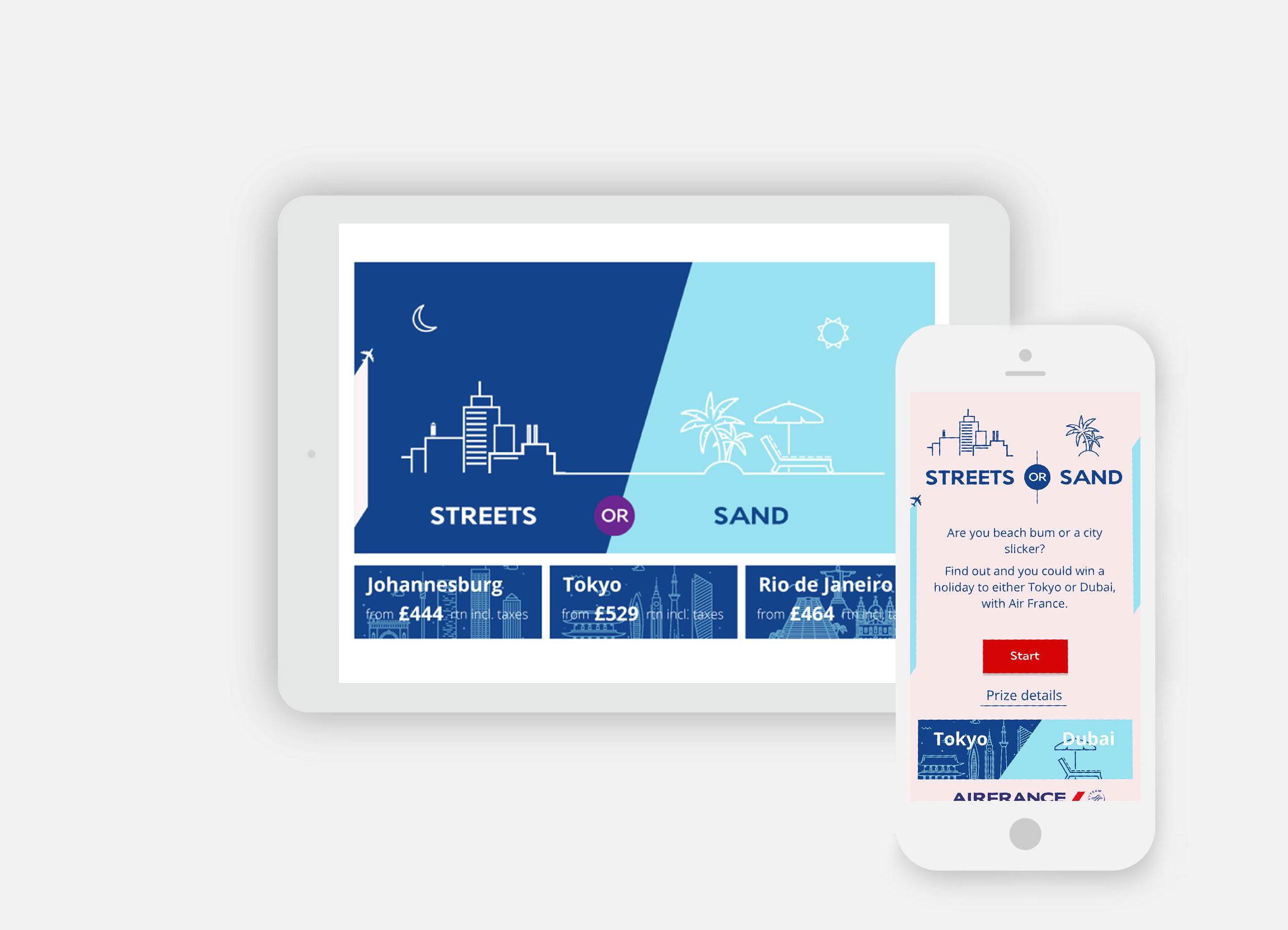 Air France is the French national airline, and a founding member of the SkyTeam global airline alliance. It is a leading player in the three divisions it operates in: passenger transport, cargo transport and aircraft maintenance. The airline operates flights to more than 320 destinations and 118 countries.

We were asked to create a competition for Air France UK, to run and promote via their social media channels, namely their Facebook page and Twitter, with the aim of increasing engagement and building their marketing mailing list.

Closely following the Air France social media brand guidelines, we created a visually striking game called Streets or Sand by highlighting a number of different urban or beach destinations which Air France fly to. As they progressed through the game, users would reveal an overall preference for streets or sand.

Upon completion, they could share badges on their own social media profiles to highlight whether they were a City Slicker, Beach Bum, or maybe a Globe Trotter. Winners of the competition would get a holiday to Dubai or Tokyo! In addition to the game, we also created accompanying social artwork, including an animation, for Facebook, Instagram, and Twitter. 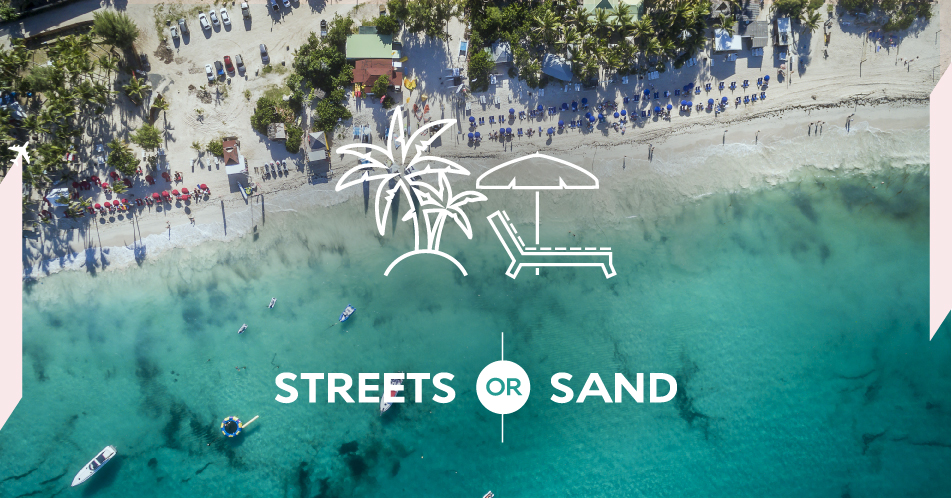 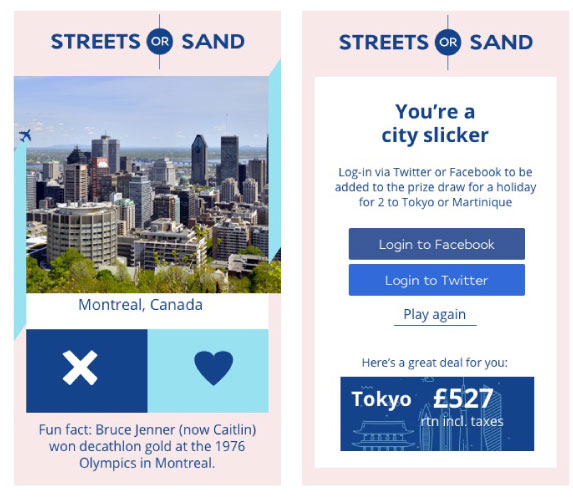 Tens of thousands of users

The #StreetsOrSand campaign ran for approximately a week, and in one burst of promotional activity gained over 23,000 entries from over 10,000 users, including 17,000 in one day.

Find out more details about our Social Media Services